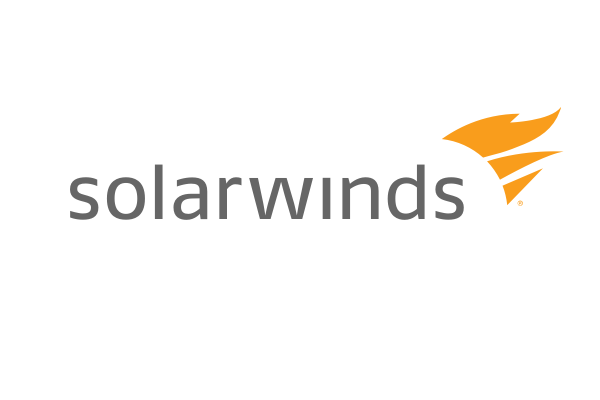 0:58 – Deal to combat piracy in UK with ‘alerts’ is imminent
5:21 – Tech world stunned as court rules Oracle can own APIs, Google loses copyright appeal
8:43 – EU court backs ‘right to be forgotten’ in Google case
18:07 – Twitter introduces mute feature on Android, iPhone, and the Web
20:23 – Google Maps just became a one-stop shop for UK public transport data
21:27 – Dixons and Carphone Warehouse shares drop on merger
24:28 – Microsoft to unbundle Xbox One and Kinect
28:33 – Microsoft brings free Games with Gold to Xbox One, drops Gold paywall for apps in June
31:21 – The new Unreal Tournament will be free, moddable and developed with players

– Apple tells AppleCare employees to ensure that devices they test are not facing these issues due to normal software bugs, but instead because of the actual hardware components.
WiFi-only third-generation iPads are the only devices affected by these issues, according to Apple. The 4G LTE models are presumably safe from these issues due to the extra network power allowed by the black rubber cut on the top of the unit.
19:44 – Mac trojan affects 600000
– Apple released a Java 1.6.0_31 update for OS X on Tuesday that claims to deliver “improved compatibility, security, and reliability.” The patch closes multiple vulnerabilities found in Java 1.6.0_29, the most serious of which allows malicious code to be executed just by visiting a compromised website. The update is available from Software Update on any Mac running Mac OS X v10.6.8, Mac OS X Server v10.6.8, OS X Lion v10.7.3, or Lion Server v10.7.3.
– Russian security firm Doctor Web claims that attackers began to exploit the Java vulnerability on March 16th which Apple closed with the release of the Java update on April 3rd. Dr. Web now estimates that about 600,000 Macs, most of which reside in the US (55 percent) and Canada (19.8 percent), are now infected members of the Flashbackbotnet. The company also notes that some four million compromised web-pages could be found in Google search results at the end of March with some users claiming infection by visiting sites as mainstream as dlink.com.
– Security company F-Secure has instructions for detecting and deleting the Flashback botnet on infected computers.
22:47 – Project Glass
– Glasses not for sale but Google has begun public testing of it’s augmented reality glasses
– The prototype version Google showed off on Wednesday looked like a very polished and well-designed pair of wrap-around glasses with a clear display that sits above the eye. The glasses can stream information to the lenses and allow the wearer to send and receive messages through voice commands. There is also a built-in camera to record video and take pictures.
– This is the future…or is it?
– On sale this year – Google says unlikely
28:06 – HTC One X and S Launched
– O2, Vodafone, Three, Orange, and T-Mobile are all taking orders for the brand new One X and One S Android 4.0 smartphones from HTC. As usual, Three will give you the most for your money, though O2’s new On & On tariff — which the company describes as its best ever — is also worth a look, costing you £36 per month over a two-year contract, but also giving you unlimited minutes and the One X for no upfront cost. Should you be more inclined to buy the handset by itself, Amazon will sell you an unlocked and SIM-free One X for £489.99
– The One X got some great reviews – best phone you can buy today – http://www.theverge.com/2012/4/2/2919202/htc-one-x-review
29:35 – Instagram launches for Android
– The app adds creative, nostalgic filters to your pictures and makes sharing them easy (almost addictive).
– You can add effects to a picture you take with your front or back camera or choose a picture from your gallery. There are a number of custom filters and borders to choose from, including several ’70s effects and a black and white effect. Instantly upload the photo to your Instagram account and share it if you please to Facebook, Twitter, Tumblr, and Foursquare; Flickr is in the works.
– 1 million downloads in a day
– Hated the snobs on twitter – oh no – now I need to see android users photos on instagram
– Now I need to see photos from poor people
31:13 – Olympics Overload
– The BBC will make 24-HD quality live Olympic streams available to cable and satellite providers for the duration of the Olympics Games
– Viewers will be able to watch every Olympic sport, live from every venue, via tools such as Sky EPG and BBC Red Button. Virgin Media and Freesat customers will also have access. This complements previously confirmed plans for 24 simultaneous streams live online on the BBC Sport website.
– 48 new channels will be added to the Sports section of Sky’s EPG from July 24. The channels are free-to-air and available to any Sky home. The HD channels are available on any Sky+HD box and do not require a subscription, but do require an HD ready TV.
– Freesat viewers and Freesat standard definition viewers will also have access to the streams.
33:39 – Virgin throttles all users
– Virgin Media has introduced new throttling “trigger levels” for customers who make heavy use of its network.
– The telco updated its subscriber traffic management (STM) policy yesterday to “ensure the vast majority of customers get the high quality of service they expect from Virgin Media’s fibre optic broadband without being negatively affected by extremely heavy users” at peak times.
– It classified a so-called “bandwidth hog” as a 60Mbit/s customer, for example, who can download 5,000MB of data between 4pm and 9pm on a weekday before having their broadband connection throttled.
– A company spokesman told The Register that around 5 per cent of users would be affected by the STM policy. Those punters can expect to see their speed usage of the network temporarily throttled by 50 per cent.
36:03 – 0x10c
– Next game from Minecraft creator Notch
– Space game

Picks
Ian
Hero Academy
– RPG’ish battle between friends
– Like mini chess
– Seems simple but has real depth due to different factions, characters, powers and upgrades
– Multiplayer – play quickly or over a few days like words with friends
– Now universal – lovely lovely graphics
– Free, but in app purchases to unlock other classes

DigitalOutbox Episode 108
In this episode the team discuss Privacy, Piracy, 4G in the UK and the Sony Vita.

Picks
Ian
Matter
– MATTER will focus on doing one thing, and doing it exceptionally well. Every week, we will publish a single piece of top-tier long-form journalism about big issues in technology and science. That means no cheap reviews, no snarky opinion pieces, no top ten lists. Just one unmissable story.
– MATTER is about brilliant ideas from all around the world, whether they come from professors at MIT or the minds of mad people. But most of all, it’s about getting amazing investigative reporters to tell compelling stories.
– Long form journalism is becoming a lost art and it deserves your support