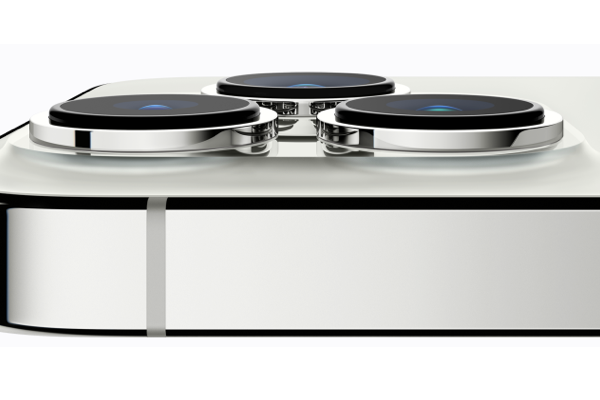 Shownotes
1:05 – Apple Keynote
– Apple selling lots of stuff
– Lots of people going into store to buy their first mac
– iPods
– Brand new range
– iPod shuffle – tiny with buttons again
– nano – tiny with touch screen
– iPod touch – mega thin – has cameras. Facetime. Gamecentre. Retina display.
– Gamecentre
– XBOX Live for iOS
– Achievements
– Invites
– Co-op
– 4.1 out in 1 weeks or so.
– HDR Photos – Creating high dynamic range photos has been a popular photographic technique that combines three exposures to create a single image with a greater amount of detail in the highlights and shadows. Apple’s added HDR photography to the iPhone’s camera in 4.1, letting you create HDR images automatically without any of the hard work in post.
– HD Video Upload Over Wi-Fi – Previously, apps were required to upload HD video from the iPhone. Apple’s made the change in iOS 4.1 to allow HD video uploading over Wi-Fi, removing the annoying cap that required sending your HD video in standard definition.
– TV Show Rentals – TV shows have always been available for purchase in iOS devices, but now you can rent them to save a little money and storage space on your device.
– Game Center – Like the XBOX Live of iOS, Game Center provides APIs for developers but is also a new app on the iPhone (available soon via the App Store). You can play with friends, inviting them with a push notification, or be randomly assigned to other players when your friends aren’t available.
– iOS 4.2 out in Nov
– All iOS stuff but for iPad as well.
– Wireless printer mother fucker
– AirPlay – Formerly AirTunes, AirPlay is taking over wireless streaming on iDevices and will let you stream audio, video, and photos over Wi-Fi. Along with the new Apple TV, you’ll also be able to shift streams between your devices so you can, for example, finish watching a TV show or movie on the go.
– iTunes 10
– New icon
– Ping – social for music.
– 150m users ready to go…
– Artists / Users. Follow. Think Facebook stream but for music purchases / gigs.
– Apple TV
– Not iTV!
– No storage – all streaming.
– Netflix integration if you’re American…
– No purchases – only rentals.
– Movies on DVD release date = $4.99 rental (Reducing over time)
– TV shows streamed – 99c a pop. Only 2 studios on board (FOX and… Ummm can’t remember)
– No announcements for UK.
– Coldplay’s Chris Martin sang… quite badly.
– End
22:53 – Plex 9
– http://www.automatedhome.co.uk/Reviews/Plex-9-Media-Center-Rocks-Our-World.html
– http://www.crunchgear.com/2010/08/30/exclusive-hands-on-with-plex-nine-for-mac-os-x-and-plex-app-for-ios-devices/
– New version launched that splits library from front end – decentralises – playback and resume from any device, only need to manage one library – awesome
– It’s a .0 release so expect bugs but can run alongside Plex 8
– Scanners much improved, some of the new front end skins look great
– Data on removable drives handled much better – now marked as offline rather than deleted
– Menu’s and storage much more sensible – can create your own libraries – Kids Movies for example rather than just everything in movies
– Also brings hardware acceleration for video playback
– Plex for iOS also announced
– £2.99
– Acts as a remote for Plex
– Allows you to browse content on your Mac as well – movies, TV shows, music, and plugins fully supported
– Stop watching a movie in your living room, and continue right where you left off on your iPhone or iPad. All of your ratings, viewed status and more is kept perfectly in sync.
28:48 – Digg Update
– Updated Digg launched
– you’ll see a stream of recent stories filling up most of the page, with ten top stories in a sidebar on the right. But there’s one key difference: each of these stories has been Dugg by one of your friends (or sponsored by an advertiser). Likewise, the stories on the right hand side of the screen represent the stories that have been dugg most by your friends over the last day or so.
– More relevant, based on your social group
– Is Digg still relevant though?
– Hardcore users hate the changes – http://mashable.com/2010/08/30/users-revolt-against-new-digg
33:36 – GMail gets Google Voice and Priority Inbox
– If you are a Gmail user in the U.S., you can now make free Web-based phone calls to any phone in the U.S. and Canada right from the Gmail interface. You can also make International calls for fees starting at $0.02 per minute.
– To use this new feature, you will have to install the Google Talk plugin, which is available here for Windows, Mac and Linux
– If you are a Google voice user, your Google Voice number will appear as the outbound called ID number on calls made from Gmail. You can also opt to receive inbound Google Voice calls from inside the GMail interface.
– (Don’t know if this is still relevant, but if you update your google account location to US, you can try out the features. There wasn’t IP address blocking in place.)
37:07 – Youtube Free Movie Channel and Google Realtime
– selection of Bollywood, action, horror, comedy and animated films for unlimited free streaming over the web and mobile phones.
– launch comes in the wake of deals struck with US film studios, including Sony Pictures, and UK movie and television streamer Blinkbox.
– While the catalogue isn’t exactly sparkling, there are a few hidden gems in among the muck. There are plenty of Jackie Chan movies, Google’s own Life In A Day project, Fritz Lang’s 1927 Sci-Fi masterpiece Metropolis and the original Heidi. Robe Lowe and Jodie Foster’s bizarre Hotel New Hampshire is in there too.
– http://www.google.com/realtime?esrch=RealtimeLaunch::Experiment
– Appears in left menu of normal search.
– Twitter / Social conversations
41:32 – Games Channel coming to the UK
– http://www.ginx.tv/
– The team behind Bravo TV show GameFace plan to launch their new UK channel dedicated entirely to games reviews this November.
– On Sat and Cable
– In a presentation this morning Ginx CEO Michiel Bakker said that his firm was aiming at ‘light’ gamers.
– Early programming will cover and rate new releases – but in time will expand to include documentaries looking at celebrities and gaming.
– Fail?
– Games market is so unrepresented on UK TV
44:17 – Xbox Live Prices Increase
– UK increase only affects 1m signup. 12months unaffected at moment. – however, US increase across the board – we’re going to see more in the future i’m sure.