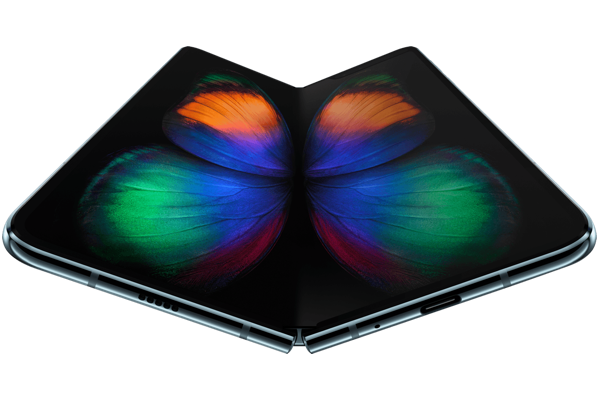 Picks
Ian
Hitman Go
– iOS
– £2.99
– a great looking turn based strategy.
– You control your agent, dictating which path he takes through a level solving various puzzles as you go.
– One note of caution is that there is an element of in app purchasing for hints and unlocks but they aren’t needed to play the game and it doesn’t get in the way when I’m playing.
– An impressive game which will take some time to complete.

Quick post to update you on a couple of points. Firstly, the App Store did hit 10 Billion downloads before we got the podcast published – oops. What was great about the winner of the competition though was that she was from the UK…and the app she downloaded was from a small UK developer – double woo-hoo. Gail Davis downloaded the app Paper Glider from Neon Play. Just a shame that she can’t use the $10,000 to buy Apple hardware. I also wonder what conversion rate Apple will use when awarding the prize. Using todays exchange rate, $10,000 works out at just under £6,250. However Apple’s exchange rate used when calculating the price of an Apple TV ($99 in America against £101 in the UK) would mean the prize works out to be £10,202. I think I know which route Apple will be taking. And before any fanboys drop by, yes, I need to educate myself.

One last podcast update – this was the view for the last 20 minutes of the podcast. Henry’s chair proved just as insightful as the good man himself but not as funny. Henry’s mid podcasts escapes are proving legendary 🙂 We lost an hour of audio today while recording and it made some of us go a bit loopy.

DigitalOutbox Episode 4
In this episode the team discuss the iPhone 3GS again, Michael Jackson, some other phone news and a little bit on games. A digital smorgasbord. Listen out for the Fighting Talk homage!

Shownotes
– iPhone Sales
– 1 million in 3 days – http://www.apple.com/pr/library/2009/06/22iphone.html
– Steve Jobs quoted in press release – he’s back
– YouTube mobile uploads increased by 400% one week after 3GS launch
– issues with icons since 3.0 upgrade?
– some apps displaying icons from other apps
– sometimes app icons not displayed, get a grey box placeholder instead
– 3GS uses more powerful PowerVR SGX 535 GPU. Pre uses 530, 3G uses 520
– for comparison:
520 = 7 mill polys
530 = 14 mill polys
535 = 28 mill polys!!!!!!!
– Sony designing mobile/PSP (again!) to give iPhone better competition?
– if they can provide a quality, user-friendly interface then with power of PSP it could work
– cos they already have a huge back catalogue of games
– BUT, iPhone is a success mainly due to apps, not just games
– where does XMB, Sony’ baby, fit in to this?
– designing a phone around a console doesn’t quite work. Apple got it right by giving us a phone with good enough hardware for supporting games, which came later once the hardware had already become established
– form factor – current PSP just not suitable, again Apple got it spot on, not too small not too big, durable(ish)

– Windows 7 prices
– http://news.bbc.co.uk/1/hi/technology/8118749.stm
– Microsoft is in the middle of another epic battle during its long war with the European Commission over the alleged abuse of its monopoly position. This time the issue is the bundling Internet Explorer with Windows, the subject of complaints from rival browser makers. Earlier this month Microsoft came up with a ploy it thought might satisfy the Commission, promising that Windows 7 would be released in Europe without any browser.
Today we learned that this would mean that European users who wanted to upgrade would have to install the full version – if they’d been offered the simpler upgrade, that would have simply imported their existing browser, almost certainly Internet Explorer, into their new setup.
But Microsoft says it’s giving European users that full version for the same price that it would normally charge for an upgrade – £79.99 in the UK.
But here’s the problem. You upgrade from XP or Vista to Windows 7, and then find you’ve got no browser. No problem, I hear you say, you just go and download one – say Firefox, or Chrome, or Safari or maybe Internet Explorer 8. Using your browser. Ahh…right.
Microsoft told me “we will have some answers” to this issue, but admitted there were “challenges and complexities” involved. But the company pointed out to me that the vast majority of Windows 7 users were likely to be people buying new computers, and the manufacturers were likely to pre-install a browser on those machines.
– America – Those with Windows XP or Vista already installed can start pre-ordering Windows 7 upgrade discs, costing $50 for Home Premium and $100 for Professional. Those deals are for a “limited time,” with no specifics given, from Microsoft directly and most computer retailers, and Ultimate may or may not see an upgrade pre-order deal. Vista and XP users will need to pony up $119.99, $199.99, or $219.99 on October 22 to score their Windows 7 Home Premium, Professional, or Ultimate upgrade, and those of you who want a full retail disc will need to roll up with $199.99, $299.99, or $319.99

– Vodafone Access Gateway
– http://online.vodafone.co.uk/dispatch/Portal/appmanager/vodafone/wrp?_nfpb=true&_pageLabel=templateCClamp&pageID=PPP_0061
– Gives you a great 3G signal through your house
– Need a broadband line and Vodafone gateway
– makes use of femtoecll technology
– Offloads calls onto broadband network
– Hits your broadband performance?
– Interference with other femto cells?
– 1st July Launch – £160 to buy outright, or for monthly fee as part of a plan

– HTC Hero
– http://www.htc.com/www/product/hero/overview.html
– 3rd android phone
– Looks a bit fugly
– Too many buttons
– Uses own UI called Sense – won’t be available on other android platforms
– T-mobile and Orange in the UK next month, no prices yet
– Teflon coating on the back which is seemingly very good at keeping the phone clean
– Has flash support – love the adverts – take that Apple fanboys

– Spotify
– planning on introducing 320kbps Ogg Vorbis streaming for subscribed user. Could this be the biggest challenge to the ‘purchase and download’ business model for music? £9.99 a month,