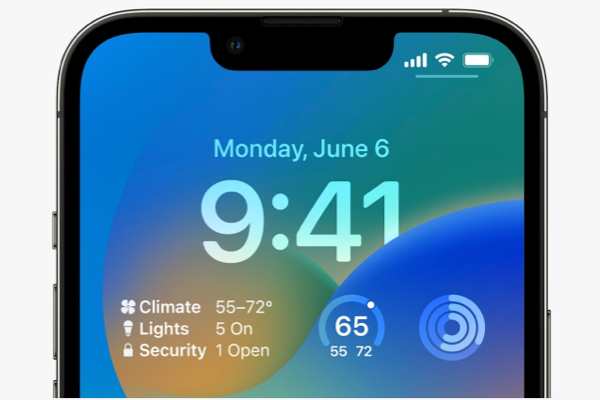 Chris and Ian are in catchup mode – WWDC, Xbox, Netflix

Picks
Ian
Kickstarter for iPhone
– Free
– See all messages
– Keep up to date on pledges
– Staff highlights, whats popular
– Easy to buy into new campaigns
– Easy to check on status of a campaign that you are running

As mentioned briefly on episode 114 of the podcast, here is the mind bogglingly complex Scientific and Graphing calculator constructed entirely in Minecraft.

I can’t begin to imagine how long this must have taken.

Shownotes
1:36 – Mountain Lion
– http://daringfireball.net/2012/02/mountain_lion
– Moving to a yearly release schedule like iOS
– Mac OS X is no more…it’s just OS X
– Inspired by iPad
– 10 features revealed
– Full iCloud support – third party apps can save to iCloud, only if they feature in MAS. Mac App Store apps effectively have two modes for opening/saving documents: iCloud or the traditional local hierarchical file system. The traditional way is mostly unchanged from Lion (and, really, from all previous versions of Mac OS X). The iCloud way is visually distinctive: it looks like the iPad springboard — linen background, iOS-style one-level-only drag-one-on-top-of-another-to-create-one “folders”. It’s not a replacement of traditional Mac file management and organization. It’s a radically simplified alternative.
– Messages does everything iChat does, and so much more. For starters, it comes with iMessage. And just like iMessage in iOS, it lets you send unlimited messages to anyone on a Mac or an iPhone, iPad, or iPod touch running iOS 5. Send photos, videos, documents, and contacts — even send messages to a group. Beta available now
– Reminders
– Notes
– Notification centre – Notification Center makes it easy to stay up to speed, because there’s one place to see everything. Notification banners appear on your desktop and disappear quickly so they don’t interrupt what you’re doing.
– Share sheets – You’ll find the Share button in many OS X Mountain Lion apps. It’s the new, easy way to spread the word — links, photos, and videos, too. Send links from Safari. Send your notes via Mail and Messages. Post photos to Flickr. Send videos to Vimeo. And tweet just about anything.
– Twitter – baked into OS X – Sign in once and you’re all set to start tweeting — and you don’t have to leave the app you’re in. Tweet links and photos directly from Safari, iPhoto, or Photo Booth with the new Tweet Sheet.
– Game centre
– Airplay mirroring – YEEHAH – except it’s mirroring from desktop to Apple TV, not iPad to desktop
– Gatekeeper – a system whereby developers can sign up for free-of-charge Apple developer IDs which they can then use to cryptographically sign their applications. If an app is found to be malware, Apple can revoke that developer’s certificate, rendering the app (along with any others from the same developer) inert on any Mac where it’s been installed. In effect, it offers all the security benefits of the App Store, except for the process of approving apps by Apple. Users have three choices which type of apps can run on Mountain Lion:
Only those from the App Store
Only those from the App Store or which are signed by a developer ID
Any app, whether signed or unsigned

The default for this setting is, I say, exactly right: the one in the middle, disallowing only unsigned apps. This default setting benefits users by increasing practical security, and also benefits developers, preserving the freedom to ship whatever software they want for the Mac, with no approval process.
– A unified search/URL bar in Safari. Yes. YES!!!! (And yes, like Chrome.)
A “VIPs” area of Mail to mark your favorite contacts. (Yes, sort of like Priority Inbox for Gmail.)
A search box in Launchpad (to see for apps if you have a ton).
Better date editing in Calendar (a calendar drop-down finally).
A much better way to add/remove widgets in Dashboard (more app-like).
– Dev preview available now, Mountain Lion out this summer
13:26 – App access to contact data will require explicit user permission
– The path fallout continued over the last week
– Lots of blogger in fighting that while amusing was ultimately no more than dick waving
– The Verge showed just how many app’s were accessing your contact book – http://www.theverge.com/2012/2/14/2798008/ios-apps-and-the-address-book-what-you-need-to-know
– Foursquare bad – one of the best was…Facebook
– Foursquare released very quick update
– Finally Apple commented:
– “Apps that collect or transmit a user’s contact data without their prior permission are in violation of our guidelines,” Apple spokesman Tom Neumayr told AllThingsD. “We’re working to make this even better for our customers, and as we have done with location services, any app wishing to access contact data will require explicit user approval in a future software release.”
– Will rumble on I think – Twitter downloads and stores data for 18 months – http://www.latimes.com/business/technology/la-fi-tn-twitter-contacts-20120214,0,5579919.story
– Twitter Inc. has acknowledged that after mobile users tap the “Find friends” feature on its smartphone app, the company downloads users’ entire address book, including names, email addresses and phone numbers, and keeps the data on its servers for 18 months. The company also said it plans to update its apps to clarify that user contacts are being transmitted and stored.
– The company’s current privacy policy does not explicitly disclose that Twitter downloads and stores user address books.
17:17 – Chinese authorities start seizing iPads
– Chinese authorities are grabbing Apple iPads off the shelves in Northern China stores because the domestic Shenzhen Proview Technology company claims ownership of the name “iPad.”
– Apple will face a $38 million fine for using the “iPad” name in China, according to a Proview rep. As Mashablepreviously reported, Apple bought the rights from Proview Electronics’ parent company Taiwan-based Proview International Holdings in 2010, but rights have not extended to China.
– Proview has registered trademarks for the name “IPAD” in Europe, Mexico, China and other parts of Asia, according to the L.A. Times.
– Proview successfully sued Apple last December for $1.6 billion. Apple is appealing the decision.
Tablets started coming off the shelves on Thursday. There are no reports of how many devices or number of stores affected. Local news reports state that some Apple stores are holding them in back rooms to avoid products being confiscated.
18:27 – Google Wallet Hacked
– Google wallet ‘hacked’ twice in two days.
– First required a rooted phone.
– http://www.wired.com/gadgetlab/2012/02/google-wallet-hack/
– If you think this might spell the end of NFC and mobile payments, this guy says think again – people are already buying apps and music with mobiles on android and itunes and we need to: “Forget the NFC argument – look at payments behavior”
– http://www.finextra.com/community/fullblog.aspx?blogid=6232
19:58 – Pingit
– Barclays bank has launched Europe’s first money-sending service that allows UK current account customers to send and receive cash through their mobile phones.
Barclays’ 11.9 million current account customers can download the bank’s Pingit app to their smartphone and start making instant money transfers to anyone with a UK-based mobile phone and a current account with any UK bank.
– The app, which will be extended to all UK banking customers by early March, is free to use. It is aimed at an increasingly mobile-orientated public who use their phone to manage many aspects of their lives. Barclays says the service will enable users to make quick payments to each other – such as splitting a bill in a restaurant. It could also help some small traders, such as window cleaners, who need to collect payments from regular customers.
– To send money via Pingit you need a smartphone handset – an iPhone, Blackberry and those using Android software; to receive payments you can use any handset. Users call the recipient’s mobile number via the Pingit app, key in an amount between £1 and £300 and hit send. The money is moved between the two current accounts using the Faster Payments service, and takes as little as 30 seconds.
– Easy to register on Barclays website for paying
23:30 – Sony Music
– On Monday, reporters fell over themselves to reveal that the price of Houston’s Ultimate Collection had gone from £4.99 to £7.99 in the UK’s Apple iTunes store and her Whitney: The Greatest Hits had mysteriously increased from £7.99 to £9.99.
– Apple and Sony copped a lot of bad press
– Whitney Houston product was mistakenly mis-priced on the UK iTunes store on Sunday. When discovered, the mistake was immediately corrected. We apologise for any offence caused.
– Quite how the albums accidentally jumped up in cost only on the UK iTunes store and immediately after Houston’s death was not explained
25:07 – Most successful kickstarter so far
– Tim Schafer has just put his Double Fine studio to work on a Kickstarter project.
– It raised over $1 million in….24 hours
– Why?
– Schafer – whose adventure gaming credits include Day of the Tentacle, Grim Fandango and Full Throttle – will be involved, but so too would Ron Gilbert, the creator of Monkey Island and Maniac Mansion.
– Fanboys rejoice!
27:42 – Minecraft Lego preo-order
– £34.99, 480 pieces, this summer
– Bargain
28:09 – MIT launches completely free Electronics course
– we mentioned the success of itunesU on previous podcast – but this new course offers a certificate to students completing the course.
– Completely free
– Runs from March to June 2012
– Need to sign up to an “honour code” at enrollment.
– Online assessment.

Picks
Chris
Fancy for iPad
– Free
– Don’t know whether we’ve discussed this on pod before – but essentially an app that highlights awesome products / design / concepts and, if available, will also offer a link for you to buy said item!
– All sorts covered from gadgets, food, fashion, architecture, locations, photography, design
– Love it to scroll through in quiet moments!

Ian
Clear for iPhone
– Easy to use todo manager
– Fantastic new UI concept
– No buttons – very visual
– No dates, categories etc – just lists and a visual way to sort and clear todos
– Audio great to
– £0.69, well worth trying if you are at all interested in design and UI