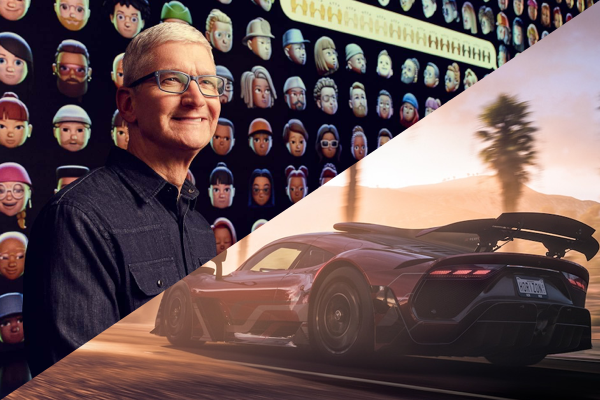 Picks
Ian
Pixelmator
– £10.49
– Great image editor for the Mac
– Now at version 2.1 and on sale, hence the recomendation
– Everything you probably need in an image editor and now comes with iCloud, retina and Mountain Lion support

Shownotes
2:30 – Sony Hacked
– Down since Wednesday evening – 5 days and counting
– Initially no word on what is causing this issue
– Eventually admitted it was an external intrusion and because of it Sony themselves had closed the network down – hack on the PS Network/Qriocity
– Second update on Sunday morning – having to rebuild network and increase security
– Monday headlines in Wall Street Journal – Sony Shuts Down PlayStation Network Indefinitely
– http://blogs.wsj.com/digits/2011/04/25/22402/
– Then it got a whole load worse
– http://blog.eu.playstation.com/2011/04/26/psnqriocity-service-update/
– Due to the hack Sony have:
– 1) Temporarily turned off PlayStation Network and Qriocity services;
2) Engaged an outside, recognized security firm to conduct a full and complete investigation into what happened; and
3) Quickly taken steps to enhance security and strengthen our network infrastructure by re-building our system to provide you with greater protection of your personal information.
– Although we are still investigating the details of this incident, we believe that an unauthorized person has obtained the following information that you provided: name, address (city, state/province, zip or postal code), country, email address, birthdate, PlayStation Network/Qriocity passwords and login, and handle/PSN online ID. It is also possible that your profile data, including purchase history and billing address (city, state, zip), and your PlayStation Network/Qriocity password security answers may have been obtained. If you have authorized a sub-account for your dependent, the same data with respect to your dependent may have been obtained. While there is no evidence that credit card data was taken at this time, we cannot rule out the possibility. If you have provided your credit card data through PlayStation Network or Qriocity, to be on the safe side we are advising you that your credit card number (excluding security code) and expiration date may also have been obtained.
– Biggest ID theft yet? 71 million users worldwide, around 3 million in the UK
– What started off as embarrassing to the Sony brand and gaming network has taken a very serious and sinister turn
– But never mind – Sony hope to have the network back up and running in a week
– Further update
– http://blog.eu.playstation.com/2011/04/28/playstation-network-and-qriocity-outage-faq/
– Credit card data was encrypted
– They didn’t store the CVC (three digit number) at all
– Search your email for mail from “DoNotReply@ac.playstation.net”, subject “Wallet Funding”, to find which credit cards you’ve used on PSN. Those emails will show the first 4 and last 4 digits of any card you’ve used for PSN purchases.
– Passwords were in cleartext though – doh!!!!!!!!! Update – One other point to clarify is from this weekend’s press conference. While the passwords that were stored were not “encrypted,” they were transformed using a cryptographic hash function. There is a difference between these two types of security measures which is why we said the passwords had not been encrypted. But I want to be very clear that the passwords were not stored in our database in cleartext form. For a description of the difference between encryption and hashing, follow this link.

Picks
Chris
Portal 2 Free DLC
– DLC – new test chambers for players, leaderboards, challenge mode for single and multiplayer modes, and more.
– Free on steam and as it will be free on PS3, for first time it will be free on 360 too
Ian
Planetary
– Visual music player for the ipad
– lovely – artists are stars, albums are planets, tracks are moons
– very nice way of browsing music collection
Terra
– browser with tabs for ipad
– nice app – fast
– incognito mode and can appear as ie7, firefox etx
– more features than safari