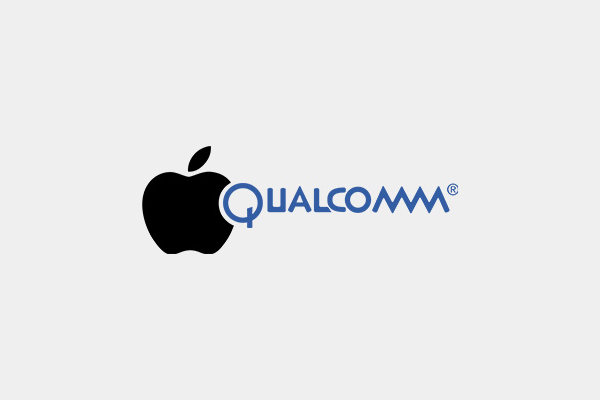 Chris and Ian discuss Internet Laws, Apple and Qualcomm and the PS5

Shownotes
1:40 – Nokia Windows Phone 8 event
– Lumia 920 announced
– Nokia has officially unveiled its new flagship smartphone, the Lumia 920. As expected, Nokia’s new Lumia has received a bump in specs over the previous iteration, with a 1.5GHz Qualcomm Snapdragon S4 dual core processor, a slightly larger 4.5-inch curved glass display with a 768 x 1280 resolution, a 2,000mAh battery, and the new Windows Phone 8 operating system. Nokia is calling its new display the “PureMotion HD+,” and says that it’s the “best smartphone display innovation” the company has ever made, with “better than HD resolution” and fast refresh rates — Nokia says it’s the “brightest smartphone HD display ever,” and also the “fastest LCD display ever shipped on a smartphone.” Nokia is also touting the PureMotion HD+’s daylight viewing capabilities, and says that the phone’s color tone and brightness automatically responds to sunlight.
– Nokia says the new Lumia will come in “vibrant colors” (the yellow, red, white, grey, and black pictured above), and features a one-piece polycarbonate body. As expected, Nokia is also pulling a couple of tricks out of its sleeve: it’s adding wireless charging for the Lumia 920, built on the Qi wireless power standard. Nokia is also incorporating its “PureView” camera technology, but just don’t get too excited: we’re looking at an 8.7 megapixel sensor in the 920, not the 41 megapixels in the PureView 808. Nokia says the 920 features a “floating lens” optical image stabilization system that allows for sharper photographs in low-light situations, a better app and camera interface, and 1080p video recording.
– The Lumia 920 and its budget companion the Lumia 820 have screens that respond to touch from gloves as well as bare fingers, internet connections that will work on European 4G networks, and can be recharged wirelessly on special charging plates.
– In a gimmick reminiscent of the Google glasses still in development, a City Lens app allows users to hold the viewfinder up to look at a city street. Software then recognises key places, showing the names of restaurants and shops in clickable boxes on the screen.
– CEO Stephen Elop declined to give specific pricing or release dates, but he did say that Nokia would be entering “select markets” with “intense focus” in Q4 of 2012.
– That lack of price and release date saw shares in Nokia drop 15% after the event
– Oh dear – http://www.theverge.com/2012/9/5/3294545/nokias-pureview-ads-are-fraudulent
– Adverts for the 920 already proven to be fraudulent
– The new PureView camera might be amazing, but a bizarre easter egg has revealed that the company’s advertisements don’t give an honest view of its technology. Amid Nokia’s flurry of press today — if you haven’t heard, they released a new flagship phone along with some other gear — one video advertisement in particular caught our eye. In the ad, Nokia shows off the PureView’s image stabilization technology. The opening segment (which, importantly, isn’t qualified by a “screen images simulated” notice), shows a young man and woman cheerily riding bikes along a scenic river. As he films her breezily laughing, the ad shows side-by-side video — obviously intended to represent the phone’s video capabilities. On the left, Nokia shows the non-stabilized version, which, predictably, looks terrible, and on the right the ad shows the perfectly smooth capture, purportedly enabled by Nokia’s optical image stabilization technology. The only problem is that the video is faked.
– As you can see in the video and photo above, there’s a curious reflection in the window of the trailer in the background. It’s not a young man riding his bicycle alongside the cheerful model, but instead a big white van with a lighting rig and a cameraman standing in the doorway — with what appears to be a large camera rig. Whatever he’s holding, we can reasonably agree it’s not a Lumia 920. (Update: Nokia has confirmed this video was not shot with a 920)
7:01 – Motorola Press Event
– Motorola has just announced the Droid RAZR HD, updating its old flagship with a larger 4.7-inch screen, HD display, and Android 4.0 Ice Cream Sandwich. The RAZR HD comes with a 2,500mAh battery, a bit under the 3,300mAh RAZR Maxx but well above the 1,780mAh of the original RAZR. As with the first Droid RAZR, it will come with a higher-capacity Maxx variant. The company also touted the RAZR HD’s 1.5GHz dual-core processor and preinstalled Chrome browser, along with its LTE capacity. Outside the battery, screen, and processor, the specs aren’t too different from those of the original Droid RAZR. The phone comes with a Super AMOLED screen, albeit a higher-resolution one, and the same 8-megapixel rear camera. Like the RAZR, it includes 1GB of RAM and 16GB of internal memory, expandable by microSD.
– A Jelly Bean update should be available at some point, but for now, it’s starting with Ice Cream Sandwich. As a good-faith gesture, versions of the RAZR HD running Jelly Bean are being shown off at the event. Motorola will also be offering a developer edition with an unlockable bootloader. Pricing hasn’t yet been announced, but the device should be in stores “before the holidays.”
– No release date, no price. When will they learn.
9:25 – Amazon Kindle Update
– Kindle Paperwhite
– It uses the expected new “paperwhite” screen technology for a sharper (212 ppi) and higher-contrast display, and also features a frontlight that brings parity with Barnes & Noble’s Nook Simple Touch with Glowlight. The interface has taken a page out of the Kindle Fire’s book by offering a “cover mode” homescreen that lets you swipe through your library. The device also uses the same X-Ray content analysis feature found on the Kindle Touch, has controls for the light, and lets you change the fonts.