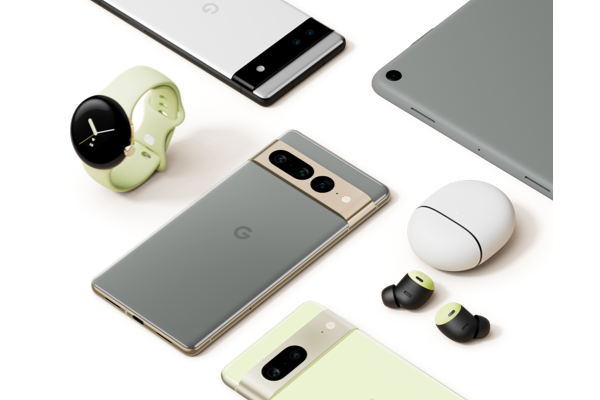 DigitalOutbox Episode 64
In this episode the team discuss broadband, 3D and Google TV.

Shownotes
1:47 – Trio of Updates
XMarks – not dead after all
– http://blog.xmarks.com/?p=1945
– Surprised by feedback and volume of interest in company
– Setup a pledgebank to gauge interest on premium service – http://www.pledgebank.com/XmarksPremium
– Charging wasn’t original strategy
– Freemium models discouraging
– 1-3% pay in freemium model – 2% at evernote
– Xmarks costs over $2 million a year to run
– Free alternatives – but there isn’t!!!!!!!!!!!! Ah – 75% of their users are Firefox only
– Got to question Xmarks motives – CEO looking pretty lame in my opinion
– Surely this could have been avoided?
– BT Calls for Halt on Piracy Trials
– http://www.telecomseurope.net/content/bt-calls-halt-piracy-trials
– BT is calling for a freeze on legal requests for customer data from prosecutors of piracy cases, after hundreds of customer details were leaked online.
– A UK court has approved the telco’s request to hold off providing customer data in light of the scandal, and BT says it will challenge any further requests for information until a test case concludes. The case was due to be heard this week, but following the injunction is now scheduled to commence in January 2011. Comes on back of firm sending user details to ACS:Law via an unencrypted spreadsheet
– The firm is also reticent about providing private information on its users until it can be assured the data will be safe.
7:31 – Star Wars in 3D
– Starting with Phantom Menace in 2012, lucas to release all 6 movies in franchise
– One a year, same time each year
– Allegedly waiting for enough cinema screens before doing this
– With blu-ray editions next year, and 3d over the next decade…how many times does George Lucas want us to buy the same films? Joke.
9:56 – 3D TV Channels
– Skys 3D channel launched
– Virgin offers 3D movies on demand
– Opinion?
14:07 – Nintendo 3DS
– Predicted price point – £199
– Games market struggling in UK?
– Game profits down, shutting another 70 stores
– A lot of duplication out there though
17:15 – Virgin Increase Upload Speeds
– XXL – Up to 50mb down, Up to 5mb up
– XL – 20, 2
– M and L – 10, 1
– As part of the roll-out and in order to ensure fair usage of available capacity Virgin Media will be rolling out a new traffic management system at peak times, designed to adapt to network conditions to ensure time-sensitive and interactive uses – such as surfing or streaming high-definition video – remain unhindered by non-time-sensitive traffic such as peer-to-peer and newsgroup activity, reducing the possibility of annoying buffering that can occur when trying to watch TV online at peak times. Using smart network monitoring, the system will reserve at least 75 per cent of network resources for time-sensitive traffic, adjusting dynamically to overall network usage to ensure consistent performance for more customers.
– This needs updating 🙂 – http://www.virginmedia.com/myvirginmedia/traffic-management-table.php
22:02 – BT Seeks Fibre Hotspots
– Communities that are keen to obtain fibre-based broadband are being asked to publicly declare their desire for high-speed net access.
– BT will log responses to a website to get a better idea of the potential demand for fibre-based services.
– BT said it would commit to wire up the five exchanges showing the highest demand for fibre.
– Demand is defined as min of 1000 votes and then exchange compared on the % of premises served
– Surely smallest communities, those most affected by lack of bb, will only show a small demand
– story for smaller exchanges is not entirely pessimistic as BT are saying that where 75% of premises express an interest in fibre broadband they are happy to engage in discussion
25:09 – Google Blacklist
– Words that Google Instant doesn’t like
– Google Instant is erring on the side of caution, protecting the searcher from seeing something they may not want to see
– Search for my blog – ian dick blog – put space after dick and bang – no results – press return and you get results so what are they really protecting?
27:59 – Facebook Upgrade Photos
– hi-res photos, photo-download links, bulk tagging options and an elegant lightbox interface for viewing images from anywhere on the site.
– Lightbox similar to Flickrs
– Adverts on pages
– Threat to Flickr?
31:52 – Google TV
– Search web, channels and app’s from one place
– Full internet via chrome
– Apps! – Twitter, Pandora, Netflix, Amazon, Napster etc – dev access from next year
– Use phone as a remote control
– Customisable homepage mixing web, apps and channels
– Record, dual view, easy to use via Sony TV or Logitech set top box
– Looks really good – Apple TV, Boxee, Roku and Google TV – sport the trend?
36:03 – Fifa Woes
– Team play is broke on 360
– Biggest feature of Fifa, advertised everywhere and it’s broke
– Even one on one is a bit ropey
– Get more info from lead dev’s twitter stream than official website and forums
– EA don’t get it – people still quit games – you get the win but punish them for ruining the experience, people still repeatedly pause, or slow the game down hoping you’ll quit
– Bungie do – http://www.bungie.net/news/content.aspx?type=topnews&cid=28998
– Weekly updates, cheaters being dealt with, new playlists this week fixing issues and changing playlists based on user voting