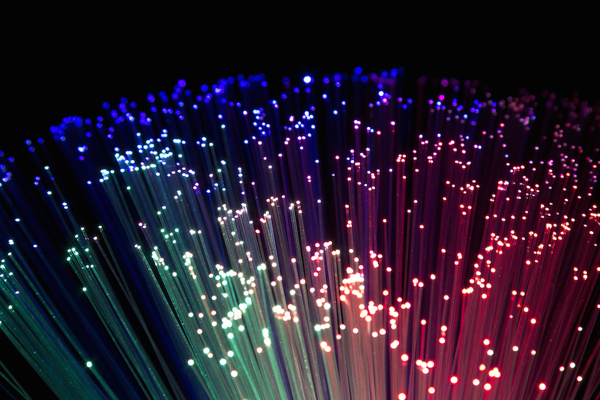 Chris and Ian discuss Fibre and 5G, Apples $1 trillion dollars and the future of Xbox 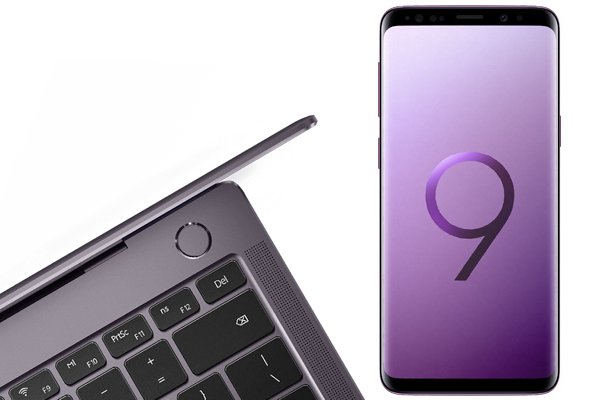 DigitalOutbox Episode 64
In this episode the team discuss broadband, 3D and Google TV.

Shownotes
1:47 – Trio of Updates
XMarks – not dead after all
– http://blog.xmarks.com/?p=1945
– Surprised by feedback and volume of interest in company
– Setup a pledgebank to gauge interest on premium service – http://www.pledgebank.com/XmarksPremium
– Charging wasn’t original strategy
– Freemium models discouraging
– 1-3% pay in freemium model – 2% at evernote
– Xmarks costs over $2 million a year to run
– Free alternatives – but there isn’t!!!!!!!!!!!! Ah – 75% of their users are Firefox only
– Got to question Xmarks motives – CEO looking pretty lame in my opinion
– Surely this could have been avoided?
– BT Calls for Halt on Piracy Trials
– http://www.telecomseurope.net/content/bt-calls-halt-piracy-trials
– BT is calling for a freeze on legal requests for customer data from prosecutors of piracy cases, after hundreds of customer details were leaked online.
– A UK court has approved the telco’s request to hold off providing customer data in light of the scandal, and BT says it will challenge any further requests for information until a test case concludes. The case was due to be heard this week, but following the injunction is now scheduled to commence in January 2011. Comes on back of firm sending user details to ACS:Law via an unencrypted spreadsheet
– The firm is also reticent about providing private information on its users until it can be assured the data will be safe.
7:31 – Star Wars in 3D
– Starting with Phantom Menace in 2012, lucas to release all 6 movies in franchise
– One a year, same time each year
– Allegedly waiting for enough cinema screens before doing this
– With blu-ray editions next year, and 3d over the next decade…how many times does George Lucas want us to buy the same films? Joke.
9:56 – 3D TV Channels
– Skys 3D channel launched
– Virgin offers 3D movies on demand
– Opinion?
14:07 – Nintendo 3DS
– Predicted price point – £199
– Games market struggling in UK?
– Game profits down, shutting another 70 stores
– A lot of duplication out there though
17:15 – Virgin Increase Upload Speeds
– XXL – Up to 50mb down, Up to 5mb up
– XL – 20, 2
– M and L – 10, 1
– As part of the roll-out and in order to ensure fair usage of available capacity Virgin Media will be rolling out a new traffic management system at peak times, designed to adapt to network conditions to ensure time-sensitive and interactive uses – such as surfing or streaming high-definition video – remain unhindered by non-time-sensitive traffic such as peer-to-peer and newsgroup activity, reducing the possibility of annoying buffering that can occur when trying to watch TV online at peak times. Using smart network monitoring, the system will reserve at least 75 per cent of network resources for time-sensitive traffic, adjusting dynamically to overall network usage to ensure consistent performance for more customers.
– This needs updating 🙂 – http://www.virginmedia.com/myvirginmedia/traffic-management-table.php
22:02 – BT Seeks Fibre Hotspots
– Communities that are keen to obtain fibre-based broadband are being asked to publicly declare their desire for high-speed net access.
– BT will log responses to a website to get a better idea of the potential demand for fibre-based services.
– BT said it would commit to wire up the five exchanges showing the highest demand for fibre.
– Demand is defined as min of 1000 votes and then exchange compared on the % of premises served
– Surely smallest communities, those most affected by lack of bb, will only show a small demand
– story for smaller exchanges is not entirely pessimistic as BT are saying that where 75% of premises express an interest in fibre broadband they are happy to engage in discussion
25:09 – Google Blacklist
– Words that Google Instant doesn’t like
– Google Instant is erring on the side of caution, protecting the searcher from seeing something they may not want to see
– Search for my blog – ian dick blog – put space after dick and bang – no results – press return and you get results so what are they really protecting?
27:59 – Facebook Upgrade Photos
– hi-res photos, photo-download links, bulk tagging options and an elegant lightbox interface for viewing images from anywhere on the site.
– Lightbox similar to Flickrs
– Adverts on pages
– Threat to Flickr?
31:52 – Google TV
– Search web, channels and app’s from one place
– Full internet via chrome
– Apps! – Twitter, Pandora, Netflix, Amazon, Napster etc – dev access from next year
– Use phone as a remote control
– Customisable homepage mixing web, apps and channels
– Record, dual view, easy to use via Sony TV or Logitech set top box
– Looks really good – Apple TV, Boxee, Roku and Google TV – sport the trend?
36:03 – Fifa Woes
– Team play is broke on 360
– Biggest feature of Fifa, advertised everywhere and it’s broke
– Even one on one is a bit ropey
– Get more info from lead dev’s twitter stream than official website and forums
– EA don’t get it – people still quit games – you get the win but punish them for ruining the experience, people still repeatedly pause, or slow the game down hoping you’ll quit
– Bungie do – http://www.bungie.net/news/content.aspx?type=topnews&cid=28998
– Weekly updates, cheaters being dealt with, new playlists this week fixing issues and changing playlists based on user voting

DigitalOutbox Episode 19
In this episode the team discuss Web security, backups and Broadband news for the UK with lot’s of edits. Cheers Skype!

Shownotes
2:12 – Web Security
– Phishing scam used to target Google & Hotmail accounts. Account details leaked online. 30,000 accounts.
– How are people still being soooooo stupid as to give out their details to phishing emails?
7:22 – Cloud Issues
– Microsoft/Danger loses all T-Mobile Sidekick customer data
– Statement: Regrettably, based on Microsoft/Danger’s latest recovery assessment of their systems, we must now inform you that personal information stored on your device — such as contacts, calendar entries, to-do lists or photos — that is no longer on your Sidekick almost certainly has been lost as a result of a server failure at Microsoft/Danger. That said, our teams continue to work around-the-clock in hopes of discovering some way to recover this information. However, the likelihood of a successful outcome is extremely low.
– Where was the backup?
– Shows danger of relying on cloud – what happens if service drops, access restricted, data removed?
– As in local data, you should always have a backup
9:52 – Napster Evolves Again
– Cheaper unlimited download service on offer £5 per month – including 5 permanent downloads every month.
– 8 millions songs to choose from.
– Reaction to Spotify threat?
14:00 – Windows Mobile 6.5
6.5 brings a handful of great features to the same old mess that was Windows Mobile
– very small amount of system has been converted for ‘touch’, mainly the home and start screens
– need to use stylus for everything else ie typing, everything other than launching an app etc
– you CAN type with finger but it’s “like trying to sew with your feet”
– huge IE overhaul …. but still sucks
– pages render incorrectly or stall
– “designed by someone in 2002”
– 6.5 is nothing but a spit and polish job on 6.1
18:33 – UK Mobile Coverage
– Ofcom looking at ensuring consumers who don’t get the coverage they need are not locked into contracts.
21:19 – AT and T Allow VOIP over 3G on iPhone
– Due to FCC investigation?
– What about O2, Orange, Vodafone?
– Skype likes this – http://share.skype.com/sites/en/2009/10/good_move_att.html
– Google Voice rumoured – it’s not VOIP
23:19 – Adobe Flash EveryWhere except
– No surprise but is it an issue?
– Adobe do show app’s developed via flash and packaged for iPhone
– http://www.techcrunch.com/2009/10/05/adobe-shows-off-flash-apps-for-iphone-yes-you-read-that-right/
– Could increase app volume even more and bring more dev’s to the platform
– More app’s of the wrong type?
27:19 – BT push fibre
– BT announced one and a half million copper lines into homes and businesses will be joined by optical cables, initially offering broadband at 100Mbit/s downstream and capable of delivering 1Gbit/s.
– BT had previously only publicly committed to one million FTTP installations on building projects where the civil engineering costs of laying fibre would be low.
– The wider deployment means BT plans to run fibre to two and a half million premises by 2012. A further seven and a half million line will be upgraded to fibre-to-the-cabinet (FTTC) services, delivering up to 40Mbit/s downstream.
– Competitors will be able to buy access to the fibre, although BT will have greater control over pricing than it does over ADSL.
– Virgin Media – will it allow access? Does VM want it? comparitively expensive and it’s running its own 50Mbit/s trials with copper from home to new cabinets and new fibre to rest of network http://www.theregister.co.uk/2009/10/08/vm_cornwall/
– No news on areas to benefit
– My exchange – FTTC (fibre to the cabinet) should be in service form 04/01/2010
– http://www.openreach.co.uk/orpg/news/productbriefings/nga/nga04309.do
– Up to 40Mb down, up to 10mb up – £88.08 annual rental. What will retail offer? What price?
32:44 – O2 Starts to Throttle
– introduction of management for peer to peer and newsgroup applications will only affect those O2 broadband customers who are not on the firms own unbundled network.
– Par for the course
37:15 – VMWare Fusion 3
– $80, October 27th
– Designed for Snow Leopard, supports 64bit kernel, allows for virtualisation of 64 bit O/S
– Supports Snow Leopard and Windows 7
– Finally add’s aero support – first tool to do so
43:12 – iPhone 3.1.2 Update
– aims to resolve some of the recent issues reported by users
– sporadic issue that prevents iphone from waking up from sleep mode
– occasional crashes when streaming video
– intermittent cellular service interruptions
45:13 – New Tablet Rumours
– 10.6″ panel
– geared towards e-book functionality
47:48 – Kindle Comes to UK
– As expected, the Amazon Kindle will be coming to Europe, including UK.
– Access via 3G – unspecified carrier at this stage.
– No web browsing but the device should roam happily around 99 countries.
– £175
52:33 – Microsoft Mouse Labs
– Some real innovation
56:56 – Eigenharp
– It’s a Theremin http://en.wikipedia.org/wiki/Theremin (as used by Bill Bailey) crossed with a Tenori-on http://en.wikipedia.org/wiki/Tenori-on (as used by Little Boots)
– Much cheaper are the http://www.smule.com apps on the iphone – leaf trombone and ocarina, plus numerous Tenori-on wannabee apps.
– Never been a better time to inflict your musical talent on the world through digital instruments. We’re a long way from Rolf Harris’s Stylophone http://www.stylophone.com/

Picks
Ian
Tweetie 2
– The best twitter client for the Mac

Chris
Portal T-shirts
– Hopelessly / tragically /desperately geeky but just brilliant!
– T-shirts with in-built cameras and TFT screens come in Portal Orange and Blue pairs and transmit your cameras picture onto the other persons t-shirt – so creating the look of portals!