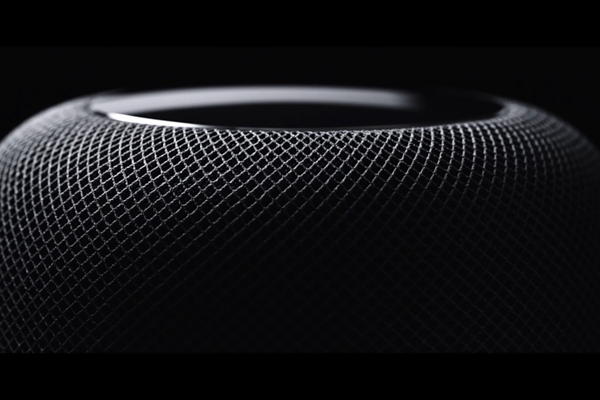 Picks
Ian
Instacast
– Excellent Podcast player for iOS and Mac
– Mac – $19.99
– iOS – £2.99
– Excellent player, syncs really well between clients
– Supports downloading in the background
– iTunes update this week was the final push for me to try other clients – and this is great
– If you want to keep podcasts in sync over Android and iOS try Pocketcasts

DigitalOutbox Episode 16
In this episode the team discuss Eid Mubarak and some tech news too.

Picks
Shakeel
Create your own iPhone/Touch dock
– French designer Julien Madérou, has designed a template which can be downloaded and printed to a card.
– Then cut and fold into shape of a sturdy dock – cool!

Ian
Runkeeper
– Great for tracking your runs, cycles, walks etc on the iphone
– Great website
– 100% reliable for me
– Can edit routes, export to Google Earth
– Leave auto tweets and facebook updates on comleted runs/walks
– RunKeeper Free is ad-supported and RunKeeper Pro is ad-free. RunKeeper Pro also has audio cues (hear your stats via your headphones), and we recently added training workouts as well (hear intervals via your headphones).
– @runkeeper

Chris
Jing
– create screencasts on Mac / PC for free
– http://www.jingproject.com/
– Capture windows, screen areas or whole desktops.
– Capture microphone as well for commentary.
– Save as SWF – either host on screencast.com or save locally (Mp4, youtube possible in Pro version)
– Limited to 5 mins.
– Take a look at the Google Chrome overview to see the outcome!

DigitalOutbox Episode 14
In this episode the team discuss…stuff. It’s also The Tired Edition. Chris is hungover, Shakeel is tired and emotional and Ian – who knows! Enjoy.

Shownotes
0:47 – Sony Chooses Google Chrome
– Google has struck a deal with Sony to include their browser on Sony hardware.
– Google say similar deals will be announced in future with other manufacturers.
– Good move. MS still have 2/3 share of browser market largely as a result of lack of pre-installed options.
– Should see Google’s 3% share increase.
– Good for developers – Chrome is fastest, most compliant browser currently available.
– Chrome now one year old. Market share still growing – Mac version looking much better – proper release soon?
2:56 – O2 Broadband Security Issue
– Remote attackers can view/change settings and access home networks without permission.
– User discovered a security problem with the O2 Wireless Box II & III ADSL routers.
– Initially hard to get through to O2 and raise issue
– Press got hold of it, Be also got in touch to raise on users behalf
– O2 now acknowledge issue and are working on fix with Thomson. Allegedly.
– O2 Broadband customers can mitigate the risk of attack by enabling authentication on their router’s HTTP configuration interface (by default, the device lets you browse directly to http://192.168.1.254 without requiring a password)
5:08 – eBay Sells Skype
– eBay will sell 65% of Skype to a group of private investors.
– Selling the share for $2bn – valuing skype at $2.75bn total – more than the $2.6bn that ebay bought it for.
– Seems a good deal all round. Skype makes good profits. eBay was never the correct owner really.
– Hopefully its new owners can now push forward the technology and see the future of Skype confirmed.
6:27 – Windows Mobile 6.5
– After a strong caveat that what we’re looking at is preproduction software, a Sony Ericsson rep admitted that Windows Mobile 6.5 isn’t all it could be
8:22 – Apple News
– Apple Event Confirmed
– Sept 9th
– It’s only rock and roll but we like it
– Rock Band Beatles released on same day – coincidence?
– Apple TV update?
– Loopt Background Location Service on iPhone
– http://mashable.com/2009/09/04/loopt-iphone-background/
– No app running in background – connects to AT&T location server. All mobiles updating provider with location
– Loopt taps into that stream to find out where you are and report that to others
– 5000 users in an invitation only trial
– Will cost $3.99 a month via AT&T
– GTA Chinatown Wars…for iPhone?
– http://www.tuaw.com/2009/09/01/gta-chinatown-coming-to-the-iphone/
21:19 – Sony News
– Betting on 2010 for 3D
– Sony actively engaged in 3D programming for Bravia and Blu-ray disc players with content next year.
– http://www.sonyinsider.com/2009/09/02/sonys-upcoming-icf-cl75ip-is-an-alarm-clock-digital-frame-and-dock-for-your-ipodiphone/
– $150?
– Looks lovely!
– PS3 3D Mode – 2010
– http://www.engadget.com/2009/09/04/ps3s-new-3d-mode-captured-on-video-coming-in-2010-to-all-exist/
– Will be available ‘in 2010’
– Enables 3D for all games
– Need a 3D TV, but not just a Sony Bravia 3D tv
– Migraines and motion sickness here we come
– Sony rep now says it’s conducting a technological investigation and there is no plan for the market launch of this at this time
– God Of War Collection
– God of War 1 & 2 on Blu-Ray
– 720p
– $40 + trophy support
– PS3 Firmware 3.0
– Thoughts?
30:11 – Left 4 Dead – Paid Content on Xbox
– Valve have said that MS insisted on making the DLC available in October, “paid for” content.
– Free for PC users but MS “wanted to make sure there’s an economy of value there”
– Download will cost 560 Microsoft Points (£4.76 / €6.72)
32:44 – OnLive Enters Beta
– Now open. US only
– http://www.onlive.com/beta_program.html
– The future of gaming? Will it scale? Good for casual games but not good enough for dedicated gamer?