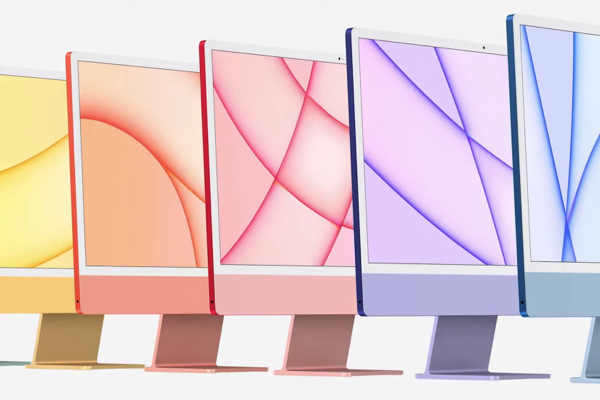 DigitalOutbox Episode 53
In this episode the team discuss the iPhone 4 – don’t hold it that way.

Shownotes
0:53 – Google Investigated by UK Police
– UK’s Metropolitan Police is to investigate Google over its capture of data from unsecured wi-fi networks, following a complaint from human rights group Privacy International.
– The data, scooped up by Google’s Street View cars, may put the firm in breach of the Regulation of Investigatory Powers Act (Ripa).
– It is likely that the police will interview Google staff in the UK.
– Joins German, French and USA authorities in investigating breach
– Surely stuff and nonsense – won’t come to anything
3:03 – Police don’t need a law to stop a photographer
– Two police officers stopped a teenage photographer from taking pictures of an Armed Forces Day parade – and then claimed they did not need a law to detain him.
– photographing police cadets on Saturday when he was ordered to stop and give his personal details by an adult cadet officer who claimed he needed parental permission to capture images of the cadets.
– After arguing his rights in a series of protracted legal debates with officers, the sixth former says he was pushed down a set of stairs and detained for breaching the peace until the parade passed.
http://www.met.police.uk/about/photography.htm
6:31 – Flickr Refresh
– Photo’s bigger, page cleaner and wider
– More info about photo – location, dates, camera
– Navigation controls better
– Actions menu – less distraction on the screen
– Lightbox – nice black background for viewing
– Favourites now integrated with comments
8:23 – British IP Streaming Record
– Breaking – BBC streams of England match peaked at 800,000 – breaks previous record of 350,000 set yesterday with budget,world cup, wimbledon
– 800,000 concurrent viewers is a pretty massive figure for online streaming.
– The difference between broadcast and IP is that if two people watch on their laptop in my home network, then that means my network has to cope with two sets of 896kbps streams. If four people watch, that’s four sets of 896kbps streams, or 3.5 meg. And if all 800,000 viewers were given the same bitrate, that meant a total of 716,800Mbps – or 716.8Gbps if you like it better that way.
15:06 – Virgin to launch 400Mbps
– Virgin already offer 50meg broadband and they will be upgrading this to 100meg broadband by the end of the year, speeds which already offer some of the fastest in the UK.
– Virgin aren’t standing still though, they are preparing their network to launch 400Mbps broadband with modems and routers which support this available at the end of the year, although no launch date for products of these speeds is in sight.
– Do gen public need that speed?
– Would increased upload speeds make a difference?
– What about focusing on latency, lag and reducing the throttling rather than casing speed headlines
18:28 – XXX Domain Name Approved
– The .xxx domain name has been approved
– Split opinions on whether this is a good thing or bad
– Easier to identify porn – filter it out etc
– But porn companies don’t want to use it for those reasons…
19:53 – Apple Storing and Sharing Location Info
– Apple’s new privacy policy contains a small new paragraph of big importance: it gives the company license to store “the real-time geographic location of your Apple computer or device” and share it with “partners and licensees.”
– there seems to be no effective method of opting out of the data storage and sharing, as you’ll need to agree to the new terms and conditions before downloading new apps or any media from the iTunes store.
– However you can opt out of iAd’s
– http://mediamemo.allthingsd.com/20100621/apple-heres-how-to-opt-out-of-our-targeted-ads-but-not-our-location-tracking/
– Apple and its partners use cookies and other technologies in mobile advertising services to control the number of times you see a given ad, deliver ads that relate to your interests, and measure the effectiveness of ad campaigns. If you do not want to receive ads with this level of relevance on your mobile device, you can opt out by accessing the following link on your device: http://oo.apple.com. If you opt out, you will continue to receive the same number of mobile ads, but they may be less relevant because they will not be based on your interests. You may still see ads related to the content on a web page or in an application or based on other non-personal information. This opt-out applies only to Apple advertising services and does not affect interest-based advertising from other advertising networks.
– Google and Yahoo also allow you to opt out of ad’s. Facebook doesn’t.
24:22 – Bing for iPhone Updated
– Visual Scanning – like Google goggles
– lets you scan barcodes and cover art on the fly using your iPhone camera. Users can thus scan the barcode of any product or the cover art of books, CDs, DVDs, or video games, after which they will see descriptions and occasionally also reviews, prices and links to merchant websites.
– You can now connect your Facebook and Twitter accounts and see combined status updates from your friends from within the Bing app. For any type of search from the free Bing app for iPhone and iPod touch, you will also be able to see both Web results and relevant results from your contacts across social networks.
– Only available, for free, in US store
– Just like BBC app, paid for by UK licence fee payers, but only available in US store
28:07 – iPad Sales
– 1 million in 24
– 2 million in 60
– Now 3 million in 80
– 11,000 iPad app’s, over 225,000 apps in total
– Magical
34:16 – iPhone 4
– 1.7 million sold in three days
– http://www.apple.com/pr/library/2010/06/28iphone.html
– How many are still waiting, how many were turned away
– Queue
– Costs
– Death grip!
– http://www.engadget.com/2010/06/24/apple-responds-over-iphone-4-reception-issues-youre-holding-th/
– http://www.engadget.com/2010/06/25/hey-apple-youre-holding-it-wrong/
– http://mashable.com/2010/06/25/apple-iphone-4
– All phone’s have antenna at bottom – regulatory requirements
– http://twitpic.com/1zwoun – Nokia 6126 manual advises not to hold at bottom
– Tape fix – http://www.marco.org/733115343
– Connection and network better, quality better
– Screen – incredible
– Camera
– Performance – so fast
– Battery life
– Facetime
– Anything else? Grr…bumper
1:04:02 – Daily Mail Makes Stuff Up
– Quotes a fake twitter account @ceostevejobs
– Says Steve Jobs reveals that iPhone 4 may be recalled
– Lazy journalism but how many will know it’s wrong?
– Story now removed

DigitalOutbox Episode 40
In this episode the team discuss Steam on Mac, Facebook vs Daily Mail, MIX10 and more Google news.

Shownotes
1:58 – Facebook to Sue Daily Mail
– I posed as a girl of 14 on Facebook. What followed will sicken you
– however the author didn’t use Facebook, and advised Daily Mail not to say facebook
– The following day Daily Mail apologised in print and online and changed the title
– However they didn’t change the URL which is used by search engines….changed later in the day
– Facebook still considering action
– Doubt it
– Scare mongering Daily Mail – they love this type of stuff – Feb 2009 – Using Facebook rasie risk cancer – http://www.dailymail.co.uk/health/article-1149207/How-using-Facebook-raise-risk-cancer.html
– Nazi’s!!!!!!!!!
5:23 – Google Apps Marketplace
– App Store for enterprise app’s
– Built your app, not necessary to use app engine
– Sell app in Marketplace
– One time fee of $100, not per app, just a one time fee
– 20% revenue share – one of the lowest in the industry
– Currently, 25 million users, 2 million businesses using google
– Step closer to cloud O/S, especially for corporations
– 50 launch partners including Zoho – very interesting
10:10 – Google Maps Improvements
– US only – 150 cities, 12000 miles of bike routes
– Also, 95% of Britain now available on streetview
13:41 – A Place for Porn
– ICANN are reconsidering the dot.xxx domain for pronography.
– In a move that was previously dropped due to outraged American conservatives, ICANN will once again consider offering up .xxx domains for sites delivering sexual content.
– No news on whether it is going ahead yet and past experience has shown that there will be stumbling blocks.
– Only a voluntary scheme – but sounds like a sensible scheme to me.
15:53 – MIX10
– Some big launch partners – Associated Press, Citrix, EA Mobile, Foursquare, Namco, Pangeonce, Pandora, Seesmic, Shazam, and Sling
– Very iPhone in running
– Seesmic, which is the same Silverlight code that runs on Windows and the Mac. Again, it’s very similar to what you’d expect, just wrapped up in the WP7S UI.
– http://www.engadget.com/2010/03/15/microsoft-tells-its-windows-phone-7-series-developer-story/
– Silverlight and XNA at it’s core
– Microsoft is kicking things off on the right foot by offering a free package of developer tools to would-be WP7S coders that includes both Visual Studio 2010 Express for Windows Phone and the Silverlight-focused Expression Blend for Windows Phone, pretty much everything you need to start building apps in preparation for the platform’s anticipated launch toward the latter part of the year.
– Developers are going to be treated to a host of must-have services out of the gate, including accelerometer support, location-based APIs using Microsoft’s own Location Service, a newly-announced Microsoft Notification Service for pushing notifications regardless of whether an app is running (sound familiar?), hardware-accelerated video with integrated DRM and support for Microsoft’s Smooth Streaming tech, multitouch, and camera / microphone access.
– The Marketplace has evolved from an app store to a content “destination,” housing apps, casual and premium Xbox Live games, music, and customized carrier stuff in one spot
22:43 – ITV1 HD
– ITV1 on April 2nd on Virgin, Sky and Freeset on a normal channel instead of red button
– In time for world cup
– Also means Scottish viewers get to see a greater choice of TV – nice one
24:59 – iPhone Gaming
– GDC this week, iphone has it’s own summit separate to mobile gaming
– 16 panel discussions specifically on the iPhone – most important mobile gaming platform?
– Doodle Jump now surpassed 3 million sales
– 1 million in mid-december, now another 2 million in just over 2 months!
– Streetfighter and Tekken soon available on iPhone
28:48 – Steam coming to the Mac
– It’s officially official: Valve will bring its Steam online distribution service and titles from its massive library of hit games to the Mac this April
– Steam is the pre-eminent digital distribution platform for PCs. With more than 1,000 games and 25 million user accounts, Steam is by one estimate responsible for more than 70 percent of digital game purchases. Bringing the service to Macs means wider selection, quicker updates and more episodic content for Apple’s traditionally game-deprived computers.
– If players already own the PC versions of Valve games, they’ll get Mac versions at no extra charge through a feature called Steam Play.
– By using the Steam Cloud feature that the company introduced in 2008, players can save in-progress games online, then call up those saved games no matter which version they’re playing. If you’re playing Half-Life 2 on your home PC but then head out on the road with your MacBook, you can continue your game-in-progress.
– “We looked at a variety of methods to get our games onto the Mac and in the end decided to go with native versions rather than emulation,” said John Cook, director of Steam development, in Monday’s press release.
– “We are treating the Mac as a tier-1 platform so all of our future games will release simultaneously on Windows, Mac and the Xbox 360,” Cook said. “Updates for the Mac will be available simultaneously with the Windows updates. Furthermore, Mac and Windows players will be part of the same multiplayer universe, sharing servers, lobbies and so forth. We fully support a heterogeneous mix of servers and clients. The first Mac Steam client will be the new generation currently in beta testing on Windows.”
– Portal 2 will be Valve’s first simultaneous release for Mac and Windows, the company said.
– Fantastic news
33:01 – On Live Launching
– Launches June 17th
– $14.99 a month, then users will purchase games and rentals on an a la carte model on top of that. You’ll be able to purchase multiple months at a time to get a discount on the service
– Mac, PC only
– TV adaptor later this year
– International announcements….later this year
39:17 – Playstation Move
– Sony announces name of motion controller – Playstation Move
– 20 titles supported by year end
– PS3 console + move bundle will launch plus a starter pack will launch with Playstation Move, Playstation Eye + game for under $100
– There’s also the subcontroller – an additional peripheral for use with more hardcore titles like SOCOM, which benefit from analogue stick input i.e. the nunchuck!