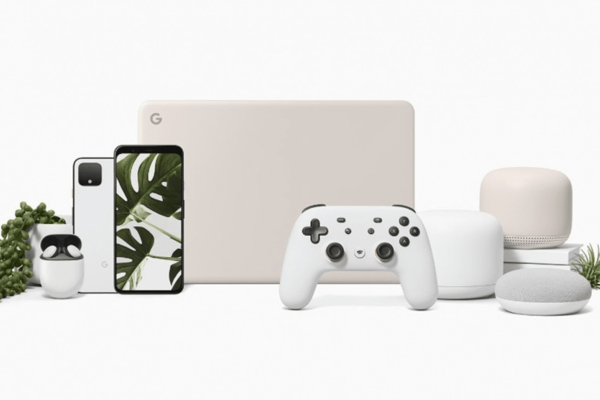 Picks
Chris
WinToFlash
– A great little utility to make a bootable USB installation of Windows.
– Needed to re-install Windows XP on a Netbook and this utility turned a horrid process into a breeze. (The alternative online process given required 3 separate utilities, many many steps and was command-line driven…)

DigitalOutbox Episode 42
In this episode the team discuss iPad, politics, paywalls and the 3DS.

Shownotes
1:50 – Google Shuts Down Chinese Search
– Chinese search shutdown, redirected to Google Hong Kong
– Users are being redirected for Google web, news and image search to the Hong Kong site, which sits outside of the Chinese firewall.
– Users are also being presented with simplified Chinese in addition to traditional Chinese and English results.
– Dashboard showing status – http://www.google.com/prc/report.html#hl=en
– China then blocks certain searches/results, so back to square one – Google is still censored as it was before, no?

– Gmail has that email attachment thingy! I.e. write “attached” in a document and don’t attach a file and it will warn you!
– It will also now warn you if it thinks you’ve been hacked. Bases this on if your account has been accessed in two different countries over a short time-period.
8:39 – Times and Sunday Times to charge from June online
– The Times and Sunday Times newspapers will start charging to access their websites in June,
– Users will pay £1 for a day’s access and £2 for a week’s subscription.
– Both titles will launch new websites in early May, separating their digital presence for the first time and replacing the existing, combined site, Times Online.
– The two new sites will be available for a free trial period to registered customers. And payment will give customers access to both sites.
– James Harding, editor of The Times, agreed that NI’s paywall strategy was a risk. “But it’s less of a risk than just throwing away our journalism and giving it away from free,” he told the BBC.
– Rebekah Brooks said the decision to charge came “at a defining moment for journalism… We are proud of our journalism and unashamed to say that we believe it has value”.
– Sun and News of the World next
– Privately they acknowledge they will lose 1000’s of regular readers and millions of casual readers but hope the cost is small enough to entice many
15:22 – Best Buy coming to UK
– Best Buy opens its first UK outlet, a superstore with with a 50,000 sqft shop floor, in Lakeside in May
– June for Southamption and Merry Hill, West Midlands, and later this year for Aintree, near Liverpool, and Croydon.
– 80 stores in UK over next 5 years
17:53 – iPad
– WSJ – $17.99 a month
– WSJ print is $29 a month
– But what about flash
– http://www.appleinsider.com/articles/10/03/29/brightcove_converts_time_nyt_flash_video_to_html5_for_ipad.html
– Brightcove’s partnerships with The New York Times and Time magazine will allow HTML5 to seamlessly replace Adobe Flash video content on the publications’ Web sites for compatibility with Apple’s iPad
– Brightcove Experience for HTML5, a framework for publishing and delivering interactive and advertising-supported Web video. The platform is available free to the more than 1,000 Brightcove customers in 42 countries.
– Monday’s announcement means it’s possible that video in the Adobe Flash format could be converted to HTML5 automatically for high-profile Web sites, perhaps as soon as the device’s April 3 U.S. launch. The company said its clients can now use the tool to build iPad-ready Web sites, and in the next year the platform will be expanded to support customization and branding of the player environment, advertising, analytics, social sharing and other capabilities.
– Magazines – same price as print version or cheaper – non add version of esquire for $2.99, $2 less than paper version
– http://www.macrumors.com/2010/03/26/ipad-app-store-reveals-launch-apps-top-seller-lists-app-details/
– iPad App Store shows many titles with ‘HD’ added or ‘for iPad’
– Also shows increased price point for many app’s – will that be an issue? $50 for omnigraffle for example
– http://www.tuaw.com/2010/03/29/first-look-kobo-for-ipad/ – nice book app for iPad
– http://www.apple.com/ipad/guided-tours/
– iTunes 9.1 this week?
– Just got 10.6.3 on Mac’s – support for iPads?
37:44 – BBC iPhone Apps Delayed
-BBC Trust asks for delay on BBC iPhone app after industry representation
– industry think it abuses BBC’s dominant position in news.
39:33 – Gifting iPhone Apps
– You can now gift app’s in iTunes
– Can only gift to people in same country but apart from that, same as gifting music
40:49 – A night at the Opera
– A lot of talk this week about whether Opera will get their browser approved into the App Store
– I would call the majority saying “No way”.
– Opera seem weirdly optimistic though.
– My call? Rejected – duplication of core functionality.
– We may well know by he time of the next cast!
43:47 – Nintendo 3DS
– New handheld system from Nintendo
– we know the system will use two screens, will have some sort of 3D, won’t require any sort of special glasses, and will be backwards compatible with current DS and DSi games.
– rumours are that the 3d will use camera’s to tracks your eyes position in relation to screen angle – very clever
– Maybe 720p screens, accelerometer for tile controls, possible 3g chip
– Released between now and March 2011
47:24 – Microsoft Game Room
– Now launched on Live for Xbox and PC
– Free download
– Design arcade rooms
– 30 games available now that cost – 260 points for game on one platform, 500 for game on pc and xbox
– Friends can visit your arcade
– Time warp facility to rewind back a game
– No better than mame really
48:48 – PS3 No More Linux
– April 1st update will remove ‘Install Other OS’ option form older PS3’s
– Newer slims can’t do this anyway, but will disappoint Linux fans surely…
– Security concerns is the reason, but it is optional…
– The consumer electronics giant said that the update will be optionally, but it cautioned that failure to upgrade will lock users out of the PlayStation Network. They will also be prevented from playing DRM-encumbered videos stored on a media server, and from viewing any Blu-ray Discs or PS3 games that require firmware 3.21.

Ian
Auto Smiley
– A computer vision application that runs in the background while you work.
– The software analyzes your face while you are working and if it detects a smile it sends the the ascii smiley face letters “: )” as keyboard presses to the front most application.
– Auto Smiley has many uses from just straight up convenience to enforcing honesty in your online communication 🙂

Shownotes
0:45 – Google vs China
– “highly sophisticated and targeted attack” on their corporate infrastructure that occurred last month.
– The attack originated in China and resulted in the “theft of intellectual property from Google.”
– Attack, as confirmed by MS, was through IE (one of the vectors) and MS is working with Google and partners and developing a patch for the hole
– In light of the attack Google is making sweeping changes to its Chinese operations
– The company says that a minimal amount of user information was compromised, but has come to the alarming conclusion that the attacks were targeting the information of Chinese human rights activists
– In light of the attacks, and after attempts by the Chinese government to further restrict free speech on the web, Google has decided it will deploy a fully uncensored version of its search engine in China.
– This is a major change: since January 2006, Google has made concessions to the Chinese government and offered a censored (and highly controversial) version of its search engine at Google.cn.
– Should the Chinese government decide that an uncensored engine is illegal, then Google may cease operations in China entirely
– Huge, huge step. Massive corporate switch in strategy
– Should be applauded – too often corporations chasing the lucrative untapped chinese market have made concessions to the regime that they would never contemplate anywhere else
– Was this done, as some blogs are stating, due to google losing in China? Google says no – best quarter ever was the latest quarter
– One more thing…..Google hacked the hackers – PC in Taiwan, gathering evidence the attacks originated from mainland China, possibly orchestrated by the government. Hacked 33 other companies including Adobe.
6:08 – Nexus One Support Issues
– It seems that Google / T-Mobile (America) / HTC don’t really know who is supporting the Nexus Phone.
– Google have no dedicated support line and are only offering support through a forum and via email.
– Good product but bad support = fail.
– Google have said they are now working with their partners to offer support via a number of channels.
– Early termination cost greater than cost of full hardware cost. (Google claim back as do T-Mobile…)
11:45 – GDrive but not in name
– soon upload any file type at all to Google Docs, not just the dozen or so Office formats that the service allowed as of yesterday. Video files. Images. Audio Files. Even Zip files. As long as those files are 250 MB or smaller, you’re good.
– The new feature will roll out over the next several weeks, says Google.
– Like other documents in Google docs, files can be kept private, made public or shared with a few users.
– Google Viewer can be used to view many file types, with the notable exception of video.
– Regular users have 1 GB of free storage and can purchase more for $0.25/GB.
– Enterprise customer pay higher prices, starting at $17/year for 5 GB. There are no bandwidth charges.
15:38 – MS banned from selling Word and Office
– The US courts upheld the initial judgement that MS has infringed i4i’s “Custom XML” patent in their Office suite and Monday 11th saw that start of the ban on selling the products.
– As it happens, MS has now produced a version that no longer violates the patent and so “This process will be imperceptible to the vast majority of customers”.
– MS also had to pay i4i damages of £183m.
– MS are planning to appeal further.
22:56 – Free laptops for low income families
– A new scheme to give free laptops to some 270,000 pupils from low income families has begun.
– The Home Access Scheme will follow similar eligibility criteria to those offered free school meals and will see a grant for a computer and also funding for a broadband connection for 1 year.
25:05 – OINK Admin Acquitted on fraud charge
– Alan Ellis, 26, was the first person in the UK to be prosecuted for illegal file-sharing.
– He operated the site, called Oink, from his flat in Middlesbrough from 2004 until it was closed down in a police raid in October 2007.
In that time Oink facilitated the download of 21 million music files.
– At the end of the two week trial the jury returned a unanimous verdict (12 to 0). Alan Ellis is not guilty of Conspiracy to Defraud the music industry. He walked out of Teesside Crown Court a free man today, his name cleared.
– The verdict cannot be appealed and Ellis can finally put the past behind him and move on.
– So, crack on with torrenting then….
28:59 – Blippy goes live
– Social network for your spending
– Hook up your iTunes account, Amazon account, audible, godaddy, netflix, blockbuster, credit card or bank account
– Blippy will then broadcast your purchases
– People can follow you and see/comment on your purchases
– Step too far?
– It’s got lots of investors – I just don’t feel comfortable putting my accounts into this service.
35:14 – Marks and Spencer Netbook Range
– What the hey!
36:36 – Binged.it
– URL shortener
– Longer than bing?
39:38 – Tablet Rumours
– Orange exec confirms it and a built in webcam….then denies it
– Lots of 10.1 inch oled screens ordered,
– Gruber – no camera, webcam or otherwise on The Tablet
41:25 – iPhone Rumours
– oled, video chat, removable battery, twice the battery life and mobile tv
– touch sensitive back ala magic mouse – why – does that solve the game controller problem Chris mentioned?
– go figure
– Question – what would you want in os 4.0?
47:29 – Vodafone launches sat nav app
– Vodafone Navigation
– The application promises turn-by-turn navigation, with voice instructions and speed camera alerts, for any location in the UK.
– While the application is currently free, at the end of April 2010, customers can decide to keep the application for the length of their contract for just £3 a month, or choose to take it month by month for £5 a month.
– Only works with iPhone and a Vodafone SIM card
– They also sold 50,000 iPhones on first day